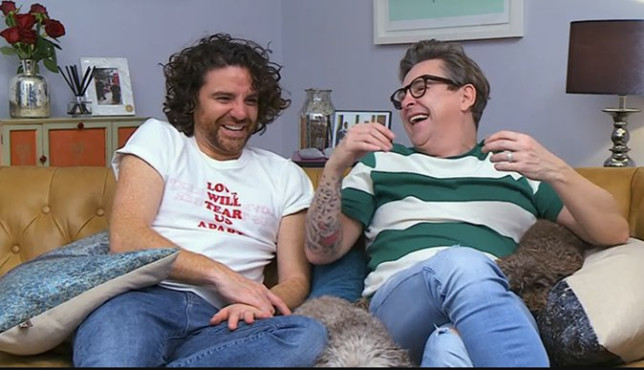 Gogglebox star Stephen Webb has unveiled his dramatic new look after cutting off his hair and losing weight before his 50th birthday.

Stephen is a favourite amongst fans and appears on the Channel 4 programme alongside his husband Daniel Lustig.

It was Daniel who shared a photo of Stephen’s new look on his Instagram account, with the Channel 4 star looking remarkably different without his glasses and a shorter haircut.

Fans were quick to remark on his new look, with one writing: ‘Loving the new hair cut Stephen.’

‘You look brilliant Stephen, what a great haircut,’ another person commented.

Another added: ‘He is actually ageing in reverse at the moment!’

‘Happy birthday mate, hope you have a great day. Dave and Shirley xx,’ they wrote.

This photo comes after fans were shocked to learn the Gogglebox star’s age, with many refusing to believe he recently turned 50.

‘You look fantastic for 50! Would never have said you were that old,’ one fan wrote on Instagram

Another person commented: ‘Happy birthday Stephen you don’t look a day over 30 have a lovely day.’

During a Gogglebox episode earlier in the year Stephen spoke about getting into shape ahead of his milestone birthday.

‘My new haircut is going down a storm,’ he said to Daniel.

Together, they own a salon called Lustig and Webb.

After Chris’s departure, Stephen temporarily appeared on the show alongside his mum Pat, before Daniel joined him.