Jenny could give Kate Fleming a run for her money as a detective (Picture: Channel 4)

Ever since BBC’s Line of Duty returned for series six, viewers have been captivated by the curious case of the murder of journalist Gail Vella (Andi Osho), with many holding strong suspicions over newcomer Joanne Davidson (Kelly Macdonald) and returning character Ryan Pilkington (Gregory Piper).

To keep up with all the developments in the thrilling investigation, Gogglebox star Jenny has been making notes in a notebook, something that has caught the attention of people tuning in to watch the Channel 4 programme.

For anyone wondering how detailed Jenny’s notes go, Gogglebox has shared a close-up look at her notebook for episode three, which saw Ryan kill fellow police officer Lisa Patel (Tara Divina) before pretending to save the life of Terry Boyle (Tommy Jessop).

In her notes, Jenny references Ted Hastings’ (Adrian Dunbar) infamous quote about only being interested in ‘catching bent coppers’, while also stating that in her opinion, it’s ‘defo not Boyle’ who’s to blame for Gail Vella’s murder.

The right-hand side of the notebook also features a handy list of acronyms to refer to while watching the crime drama… and fans are absolutely loving Jenny’s dedication to the procedural.

Take a screen grab and zoom in for your sneak peek into Detective Jenny’s notebook as the investigation continues! ?️‍♀‍#LineOfDuty #Gogglebox pic.twitter.com/GIXSJxWaD1

‘They will be contacting Jenny for clues and ideas with that notebook. Oh my god how thrilled she’d be if they did,’ one Gogglebox fan tweeted.

‘Jenny would make a great detective!!’ another remarked.

‘She absolutely kills me with this writing everything down,’ someone else commented, alongside a laugh-crying emojis.

Line of Duty’s Gregory recently said that seeing Jenny writing in her notebook on Gogglebox ‘made my day’. Will Jenny figure out what’s really going on with Joanne? (Picture: BBC/World Productions)

During the latest episode of Gogglebox, viewers were overcome with emotion when they learnt that Pete Sandiford is to become a dad.

After Pete that he and his fiancée Paige Yeomans are expecting a baby together, Sophie asked her brother whether she thought the baby would look like her.

‘No, it’s going to be good looking. Hopefully it looks like Paige,’ he joked,

He then added: ‘Innit mad? I am actually going to be a dad to somebody,’ to which Sophie replied: ‘Crazy. Life’s coming at you fast.’ 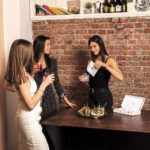