Grand Designs fans have described the latest episode as one of the ‘best ever’ after an ‘inspirational’ couple successfully converted a barn into their dream home while coping with health struggles.

In the latest episode of the Channel 4 TV series, hosted by Kevin McCloud, viewers are introduced to Greg and Georgie, a married couple striving to construct a homely property in Sevenoaks, Kent.

Greg and Georgie, who first met at a charity event, have both experienced major health issues in their lives. In his early twenties, Greg suffered from a brain tumour, while Georgie has received treatments for several forms of cancer throughout her life.

Throughout tonight’s programme, Grand Designs viewers shared their hope that Greg and Georgie would realise their dream of converting the 35-year-old barn in the backyard of Georgie’s parents’ home, where they have been living.

Early on, the couple are met with several obstacles, one of the biggest setbacks being the huge cost of their project, as the groundwork amounts to approximately a third of their £250,000 budget.

Greg also ends up taking on the specialist work himself in order to keep costs down, despite his lacking experience in construction

To throw another spanner in the works, the coronavirus pandemic creates even more hurdles for Greg and Georgie to jump over, leading Kevin to question whether they’ll manage to build their home as they’ve imagined it.

Months after last seeing the couple in person, the Grand Designs host is able to visit them in September 2020 and is amazed by their efforts.

After inspecting their unrecognisable creation, he states that they’ve succeeded in giving the barn an ‘exemplary transformation’ and turning it into an ‘inspiring home’.

‘That must be one of the greatest transformations I’ve ever seen, all made by a couple and their mates with little experience. Astonishingly good!’ one person tweeted.

Someone else said that the episode was ‘one of the best #GrandDesigns I’ve seen in a long time’.

‘Inspirational young couple who have overcome incredible health problems and built an amazing home,’ they added.

‘It’s not often I have a little cry at Grand Designs. I hope Greg & Georgie have many happy years in their beautiful home,’ another viewer commented.

Earlier this month, viewers of the show were left in awe by a £4.5m ‘goth house’ built in a graveyard in London.

However, numerous people called out the ‘ridiculous’ spending on the project, with one person stating: ‘Put on #GrandDesigns to try and take my mind off everything but all I am thinking is “no one should have this amount of money”.’

Grand Designs returns next Wednesday at 9pm on Channel 4. 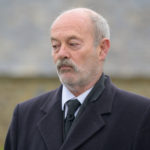