Grey’s Anatomy fans will have to wait a little longer for season 17 to return to screens as ABC made yet another change to their Thursday lineup.

Thankfully, it’s only delayed the return of the medical drama for one week as we’ll rejoin the action at Grey Sloan Memorial Hospital on March 11.

Station 19 and A Million Little Things will also air on the same date, as the famous ABC Thursdays lineup was confirmed on Monday.

The news comes after it was revealed ABC has begun the development of a new limited series which is being executive produced by Grey’s star Ellen Pompeo.

Winter In Paradise will be based on the first book in Elin Hilderbrand’s bestselling Paradise trilogy.

Mad Men writing team André and Maria Jacquemetton are on board for the project alongside Ellen’s Calamity Jane production company, Andrew Stearn Productions, and ABC Signature.

Winter In Paradise follows Irene Steele, a woman with an idyllic life in a beautiful Iowa City Victorian house with a loving husband.

But when her husband dies in an unusual manner, Irene soon learns that her husband has been living a secret life with an entirely separate family on the distant Caribbean island of St. John.

As Irene untangles a web of lies while she and her sons find themselves drawn into the vibrant island culture, they will have to face the truth about their family and its future. 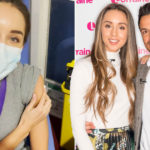 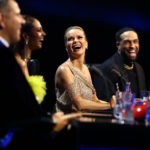 Britain’s Got Talent faces axe in 2021 due to coronavirus