Holly Willoughby and Phillip Schofield were caught making an unfortunate gaffe on today’s This Morning when they were filmed discussing four-poster beds… unaware that the cameras were rolling.

Earlier on the show, Holly and Phillip were joined by Matthew Wright and LBC’s Nick Ferrari, where they discussed the news that Netflix’s Bridgerton has inspired Brits to buy four-poster beds in an attempt to recreate the period drama’s steamy scenes.

It appears that the topic of conversation was of particular interest to the ITV talk show’s co-presenters, as they continued discussing it during the commercial break.

When the cameras returned to the studio, the usual This Morning theme music didn’t play, causing Holly and Phillip to react in shock when they realised they were back on camera.

As the pair burst out laughing, Holly, 39, said: ‘Oh sorry, we’re back on the telly, we were talking about four-poster beds!’

Phillip, 58, explained that he had been waiting for the recognisable jingle to play to signal that the ad break was over, which is why they were caught unawares.

‘You’ve got to tell us if you’re going to change the music, we’re chatting about four-poster beds!’ he exclaimed.

While the duo could have put the discussion to bed there and then, Holly decided to explain further about what they had been talking about.

‘I was going to say out of the four of us, I wouldn’t have expected Nick Ferrari to be the one with a four-poster bed,’ she said as Phillip covered his face in hysterics.

Holly recalled a time several years ago when she stayed at Phillip’s house, sleeping in a four-poster bed at the time.

She added that their topic of conversation on today’s programme could have been a lot worse, stating: ‘Thank god it was only that!’

Phillip admitted that had the cameras returned to the studio mere seconds before, they could have been filmed having a far more risqué conversation regarding a statement Matthew made earlier in the show.

Matthew had told Holly, Phillip and Nick that he had done a straw poll of This Morning staff to ask if ‘sex had gone out of the window after a year of lockdown’.

‘About 30 seconds before that we were saying, “Who the hell did Matthew Wright take a straw poll with of our team downstairs to find out how much sex they were having?” They’ll all be mortified! That was in the commercial break as well but you didn’t come back for that,’ Phillip said.

‘You have to come back earlier next time,’ Holly quipped. 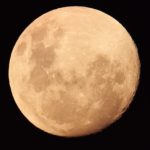 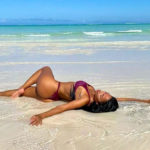