Game of Thrones prequel House of the Dragon appears to be heading towards production as a costume designer has hinted that work has started.

House of the Dragon may be one of the most anticipated shows on the horizon. It’s set to take place 200 years before the original series and centres around the Dance of Dragons, a story written by George RR Martin about a Targaryen civil war.

It seems that production might well be on track too as costume designer Jany Temime has teased she is working on the series.

Temime has worked on the Harry Potter franchise and the upcoming Black Widow and looks set to take her first step into the world of Westeros.

Posting to Instagram, she said: ‘Friday at Leavesden Studios amazing rainbow to cheer up our daily surroundings! A little glamour to finish the week.’

This lines up with previous reporting that stated shooting was set for Leavesden Studios in Watford. Croatia and Morocco are also set to feature as locations.

While not exactly clear what part of the production process the House of the Dragon is in, work is being done on location.

The series has been ramping up its casting of late too, bringing in Matt Smith, Olivia Cooke and Emma D’Arcy.

Cooke recently explained the extensive auditions and six weeks wait to find out if she had the role.

House of the Dragon is aiming for a 2022 release date.

House of the Dragon is expected to air sometime in 2022 on HBO Max. 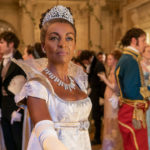 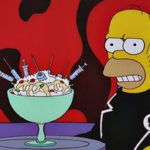