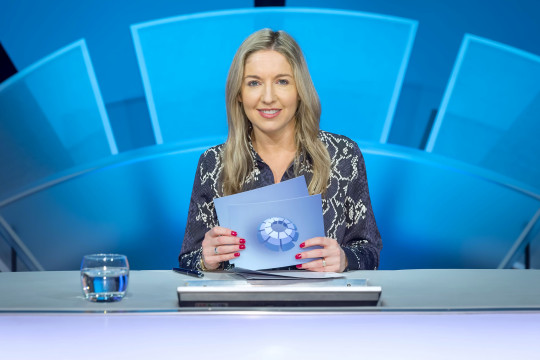 The show is returning for its 17th series. (Picture: BBC)

Only Connect is the BBC quiz series hosted by Victoria Coren Mitchell where knowledge will only take you so far: patience and lateral thinking are also vital.

It’s all about making connections between things which may appear, at first glance, not to be connected at all.

So, if you were ever to compete, you’d need to think carefully about who you’d include in your team of three.

The show is returning for its 17th series after proving to be a breakout hit – having started on BBC Four but attracting over a million viewers to move to BBC Two.

If you already think you’ve got the right team in mind, how can you apply to take part?

How to apply for BBC Two’s Only Connect

Instructions on how to apply can be found on the production company’s website.

It would appear that the series isn’t looking for new contestants right now, but you can get your name on the list for when they are.

The page for Parasol Media, the company who have produced the show since 2013, reads: ‘To receive an application form as soon as it becomes available please email: onlyconnect@parasolmedia.co.uk.’

It goes on to explain that people will receive the form and details of how to apply as soon as casting opens.

All applicants must be aged 18 or over and a resident in the UK or Channel Islands.

The 17th series of Only Connect starts tonight at 8pm on BBC Two. Shaun Ryder in agony with testicle cysts: ‘It’s like having really bad toothache in your balls’