Ever fancied having a go at a game show on TV in a bid to win a big bundle of money? Well, now’s your chance.

ITV’s hit game show Tipping Point is currently on the search for new contestants with a proclivity for general knowledge to take on the counter machine in the new series.

In a video shared on Instagram, the programme’s presenter Ben Shephard encouraged those who are interested in participating to apply.

‘It’s been a bit of a rubbish start to the year,’ he said in the short clip.

‘If you want to set yourself a challenge for what has been a very tricky 2021 so far, something to get you out of your comfort zone, something that you’ve always wanted to do but never quite felt like you can go for it, well here’s your challenge from me.’

Ben revealed that filming for the new series is set to begin in a few months’ time.

‘I promise you’ll really really enjoy it,’ he added.

‘We can’t hug just yet, but you can win thousands of pounds, which – let’s face it – is way better.’

So if you want to apply for the quiz show, what do you need to do?

How to apply for Tipping Point

The application process for Tipping Point is fairly simple, as long as you are eligible to take part.

If you are, all you need to do is to click ‘next’ on the online application form or to submit a postal application to Tipping Point Applications, RDF Television West, Regent House, Regent Street, Bristol, BS84HG, making sure to include your name and address.

The deadline for online applications for the new series May 7 2021.

For postal applications, they will need to have arrived with Tipping Point by May 3 2021 in order to be considered.

Who is eligible to apply for the game show?

To be eligible to star on Tipping Point, you must be at least 18 years old.

You must also be a permanent legal resident and be currently living in the UK, the Isle of Man or the Channel Islands, ITV stipulates.

If you are selected to compete in Tipping Point, the broadcaster states that you must be able to come to the studio to film and be ‘willing to release yourself from family and/or work commitments on request from the producer on a specified date’.

Furthermore, neither you, a close relative nor a live-in partner can be employed by ITV or an ITV group company if you are chosen to take part.

If you think you’ve got what it takes, what are you waiting for? Go for it!

Tipping Point is available to watch on ITV Player. 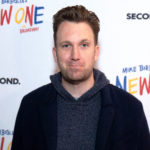