The upcoming iCarly reunion with Miranda Cosgrove is right around the corner, and Paramount+ has teased the reboot with a new on-set photo.

The much-loved children’s series is being brought back at Paramount+, and stars Miranda, Jerry Trainor and Nathan Kress all posed for a new picture to celebrate the show going into development.

‘So wake-up the members of my nation. Who’s ready for all the new #iCarly series on Paramount+?’ Paramount tweeted, featuring lyrics from the Nickelodeon show’s theme song.

The show, which originally aired on Nickelodeon, follows one of the first ever influencers Carly as she recorded her life in vlogs.

Carly’s best friend Sam (Jennette McCurdy) was then given her own reboot – joining forces with Victorious character Cat (played by a then unknown Ariana Grande) for a spin-off, which ran for one season.

iCarly is one of the shows getting a new lease of life at Paramount – as well as a Grease spin-off and a Flashdance reboot.

A release date for new episodes of iCarly has yet to be released. 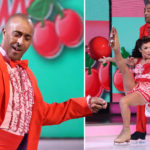 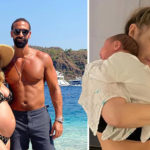