Taking part in I’m A Celebrity…Get Me Out Of Here! is hungry work, and it’s been reported that AJ Pritchard was caught smuggling food into the camp this series.

The former Strictly Come Dancing star allegedly tried to bring vegetables back from a Castle Coin Challenge in order to bulk out meals for the ravenous contestants.

As The Sun reports, it happened when he was taking part in the Horsing Around challenge with Jessica Plummer, which saw him feed a horse with scraps of food.

He tried to pocket some mushrooms to use later on with dinner. Unfortunately for him, he was caught by producers and forced to put them back.

A source said: ‘AJ thought it would be funny to try and sneak some of the leftover veg, that would just go in the bin otherwise, back to camp.

‘As part of the challenge they had very grim looking vegetables, including mushrooms, to feed the horse.’

The source added: ‘He had to come clean once he realised what he’d done had been picked up by cameras and microphones meaning he went back to the camp empty-handed.’

AJ left the show in a double eviction with Sir Mo Farah on Wednesday night’s show.

The four celebs left – Shane Richie, Vernon Kay, Giovanna Fletcher and Jordan North – will now battle it out to be crowned the winner. 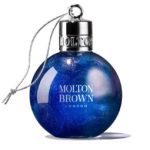