Judge Robert Rinder rose to fame through his acerbic putdowns and funny comments on his daytime TV show, Judge Rinder.

He has since gone on to take part in the likes of Strictly Come Dancing and Celebrity Bake Off.

The ever-popular legal eagle has presided over nearly 7 years worth of cases on the show – and his 1000th case was celebrated by a surprising familiar face back in 2018, Benedict Cumberbatch.

The Sherlock star surprised Rinder on Good Morning Britain back in 2018 with a message congratulating him as he quipped: ‘I only got up to something like 92 of Hamlet, I couldn’t imagine how you feel playing Judge Rinder every day. A thousand – that is amazing, well done.’

But is Judge Rinder actually a judge? Or is it an all act, like Cumberbatch hinted towards?

Judge Rinder is not a judge, but he does indeed have a background in law.

The 42-year-old originally had ambitions to be an actor, being part of the National Youth Theatre – but swapped it to study politics, art and modern history at Manchester University.

He gained a First Class Honours degree and was called to the bar in 2001, going on to specialise in cases involving money laundering and other types of financial crime – and has been involved in other high-profile cases including the defence of British servicemen on manslaughter charges after the deaths of detainees in Iraq.

But despite his law qualification – and his TV role as ‘Judge Rinder’, he’s made it very clear before that he is a practising criminal law barrister rather than a civil court judge.

Which goes some way to explaining why he wears barrister’s clothing on the TV show but not a barrister’s wig.

When did Judge Rinder start?

The show began in 2014 after Rinder originally approached ITV with an idea for a remake of 70s favourite Crown Court – but ITV decided to make their own version of popular US show Judge Judy instead, offering him the chance to front it.

Since then his ambitions to bring Crown Court back to the screen have also been realised, with a remake of the show fronted by Rinder airing late last year.

How does he know Benedict Cumberbatch?

They’re best friends from university, actually – the pair met when they were both studying at Manchester, and are such good friends that they’ve even played a massive role in each other’s wedddings.

Cumberbatch officiated when Rinder married former partner Seth Cummings in 2013 – while he was best man at the actor’s wedding to Sophie Hunter in 2015. 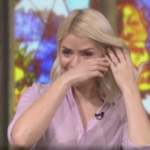 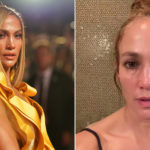 J-Lo delivers sassy retort to critics who think she’s lying about Botox: ‘I don’t have to lie about things’