It’s A Sin bosses were blessed with a case of good timing when it came to casting Neil Patrick Harris in the Channel 4 drama.

The How I Met Your Mother star plays Henry Coltrane in the five-part limited series from Russell T Davies, which tells the story of a group of friends amid the Aids pandemic in the UK in the 1980s.

Patrick Harris stars alongside the likes of Stephen Fry and Olly Alexander in the highly anticipated show – but how did he become involved?

Speaking to Metro.co.uk and other press, executive producer Nicola Shindler, revealed that the casting team had reached out to offer Patrick Harris a role in the drama, and he accepted.

‘We literally asked him and he said yes,’ Shindler shared. It was one of those.

‘We knew that he had done a lot of work for Aids activism and that it was something he was passionate about.’

It’s A Sin boasts of an impressive cast, with Alexander playing the main character Richie.

‘The group of people that we ended up with are the perfect cast because they have an energy about them which Russell’s work needs,’ Shindler revealed.

‘They have a speed about then, they’re always eagerly looking forward, it’s not an indulgent piece even though it’s about something really serious.’

She added: ‘This is a group of actors who can carry comedy as well as tragedy, and they just gelled so brilliantly, I’m sure they’ll tell you.

‘From the outside looking in, they just seem like such a great group of friends off-screen and it’s translated on-screen as well.

‘It’s the magic you want to capture when you’re telling a story about friends over a number of years.’

It’s A Sin kicks off tonight at 9pm on Channel 4. 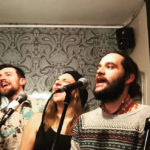 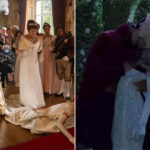