It’s A Sin has proved to be a huge hit for Channel 4, with over 6.5million viewers streaming the show on All 4 since its release last month.

The show has helped Channel 4’s streaming service break its record for the best ever monthly viewing figures, with 91% more views in January 2021 compared to January 2020.

The powerful series, which was created by Queer As Folk writer Russell T Davies, focuses on a group of friends whose lives are turned upside down by the Aids crisis in the 1980s.

Channel 4 has labelled the series its ‘most-binged new series ever’ with the first episode becoming the streaming service’s most popular drama launch on record.

It’s A Sin stars Olly Alexander as Ritchie Tozer, who moves to London where he and his young group of friends begin to feel the impact of the Aids crisis.

The moving depiction of the effects of the disease on young men during the period and the stigma and misconceptions around HIV and Aids had viewers in tears as they binged the series, praising it for showing what life was really like for gay men in the 1980s.

Ian Katz, chief content officer at Channel 4, said: ‘The extraordinary performance of It’s A Sin is a reminder that powerful drama with something important to say about the world can also be commercially successful.

‘It has also demonstrated how our strategy of box-setting shows on All 4 can bring a greater combined linear and digital audience to a show than a traditional release pattern.

‘It’s been a key driver of All 4 viewing in a month that has seen our digital viewing on our own platforms up by more than 90% compared to the same period last year.’

Other shows which contributed to January being a record-breaking month for All 4 include Marries At First Sight Australia, Ackley Bridge, Taskmaster, Gogglebox, 24 Hours In Police Custody and Grand Designs. 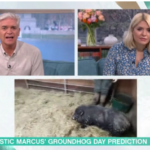 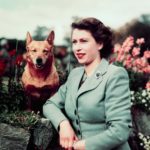