Warning: spoilers ahead for episode three of It’s A Sin.

It’s A Sin actor Seyan Sarvan has spoken about the real-life people who inspired her performance as powerhouse lawyer Lizbeth Farooqi.

In the third episode of Russell T Davies’ TV series on Channel 4, which centres on a group of young gay friends in London at the time of the Aids crisis in the 1980s, viewers are introduced to Lizbeth as she fights for the rights of Colin (Callum Scott Howells), who is being maltreated in hospital.

Lizbeth – who is a Muslim, queer, female lawyer – takes a no-nonsense approach, refusing to stand down to those who are reluctant to listen to her voice of morality and reason.

Although Lizbeth is fictional, while carrying out research for the role, Seyan, 26, met several people who helped to inform and shape the character, including judges, lawyers and activists.

Seyan recently spoke to Metro.co.uk over the phone, detailing how she conducted her research for the part and where that path led her.

The first course of action for the actor, whose mother is a lawyer, was to reach out to former president of the UK’s supreme court Lady Hale, who advised that she get in touch with the Bar Council.

‘I remember I was just calling up all these law chambers, and all of them seemed a bit scared. I think they probably thought I was crazy that I just wanted to come in and shadow them,’ Seyan recalled.

‘Then luckily my mum, who knows a barrister called Alex Swain, got me in touch with him and then through him I got to meet Rehana Popal.’

Rehana is the only female Afghan barrister currently practising across England and Wales.

‘She was my first port of call. Rehana wasn’t around during that time but she’s the first British Afghan barrister to ever exist. Here we have Lizbeth on screen, who was also representing that exact same thing,’ Seyan said.

‘I remember when I went in to meet her in her chambers, in her room she had this long table and the cloth on the table was the Afghan flag.

‘She’s so proud and she’s got so much to be proud for. She’s the first person in her family that’s been able to study the way that she has, which was really inspiring. I took a lot of inspiration of Lizbeth from her.’

The actor said that she found it fascinating to learn how Rehana is treated in her ‘very male-dominated’ profession, as although she’s ‘one of the leading human rights barristers that we have in this country’, she is still sometimes ‘spoken down to’.

‘Her power was really a big part of Lizbeth’s soul,’ she added.

Another impressive individual who had a profound impact on Seyan when learning more about the Aids pandemic was Professor Margaret Johnson, of the Royal Free hospital.

‘She created one of the first wards for Aids patients,’ Seyan said.

‘We met in the hospital and she showed me around their Aids ward, which is obviously very different from how it looked back then.’

When the actor asked Professor Johnson about her experiences, she discovered that the medical professional ‘had never actually spoken to anyone about it since those events happened, ever’.

‘When I came in with these questions, like, “How did it feel seeing them?”, I could see how it touched her emotionally because nobody had ever asked her these questions,’ she said.

Professor Johnson told Seyan that sometimes if there weren’t enough beds, Aids patients as young as 16 and 17 would have to lie down in the wards.

The doctor also relayed the difficulty of hiring nurses at the time, because some of them ‘didn’t want to go near [the patients] because of their views’.

‘All of that just put this kind of heat in me and this drive of, “Oh my gosh, I need to help these people”,’ Seyan stated.

When Lizbeth is first introduced in It’s A Sin, the audience meets her at a switchboard where Jill (Lydia West) is volunteering, answering calls from people who know someone affected by or have been diagnosed with HIV or Aids.

‘What really hit me hearing about those calls was that level of stigma and oppression,’ Seyan said.

‘There weren’t the advances in medicine that we have now, but you just think if they had sought help earlier, if they felt like they could speak to someone, their conditions wouldn’t have escalated as fast or as quickly and they wouldn’t be living in such fear. But society around that time didn’t give them that space to feel safe.’

While creating It’s A Sin, Seyan forged a strong connection with its creator Russell, who expanded on her character after watching her first reading.

‘One thing that me and Russell connected on, and that Russell could see from me as an actor, [was] what I represent – I’m a British, female, Indian actor and I’m openly gay. That doesn’t really exist that much,’ Seyan said.

‘I think that the biggest thing, and what you see with Russell and all the cast members, but integrally the story – it’s being made to serve people. Russell really uses his gift to serve people, to help people.’

It’s A Sin airs on Fridays at 9pm on Channel 4 and is available to watch on All 4. 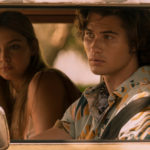 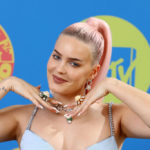 The Voice UK: Anne-Marie reveals basic baking error she made while prepping for Celebrity Bake Off 2021