It seems unimaginable that life before It’s A Sin was a mere matter of days ago.

Few dramas have had quite the transformative impact as Russell T Davies’ drama celebrating and mourning those who lost their lives during the Aids pandemic, and quite so swiftly.

Less than two weeks after its release, Channel 4 has confirmed It’s A Sin is already its third most successful drama since records began and All 4’s ‘most binged new series’ ever.

A remarkable accolade, which is indisputably deserved.

‘The extraordinary performance of It’s A Sin is a reminder that powerful drama with something important to say about the world can also be commercially successful,’ said Channel 4’s Chief content officer, Ian Katz.

Why then has it taken so long for an LGBTQ+ drama to be given the platform of It’s A Sin and more importantly, why did Channel 4 initially turn it down?

It’s A Sin follows a group of gay men who have flown the nest and landed right at the heart of London’s gay scene, packed with sweaty dancefloors, unapologetic sex and an entire community of beautiful LGBTQ+ people buoyant with love and freedom, unbeknown a deadly virus was silently killing them.

Set in the 1980s – when Aids became a tool to further exploit prejudices against the LGBTQ+ community when they needed comfort, empathy, care and the same medical attention gifted to straight people – this dark chapter has been deprived from the generations that came after it, and lived on in the tortured memories of those who went through it.

It’s an extraordinary moment, told with compassion, humour and sensitivity by Davies. Many have even gone as far to hail It’s A Sin as ‘the best thing I’ve ever seen on television’.

By the time it would take you to find one negative response to It’s a Sin, you could have binged the entire five-part series back to back. Which, as it turns out, many have.

So it’s bewildering that Davies – also one of the most prolific TV writers of all time – would face such an upheaval to get It’s A Sin commissioned in the first place.

Both the BBC and ITV passed on It’s A Sin. Although, it’s an enormous relief we’ve avoided having to endure ITV transforming It’s A Sin into some PG-friendly family drama to follow Vera on a Sunday night.

After overlooking It’s A Sin once, Channel 4 eventually came to their senses, although they cut the proposed eight episodes down to five.

Thankfully, if I was none the wiser I would never have noticed. But thinking about what Davies managed to capture in just five hours, I’m almost grief-stricken to think what magic would have unfolded in eight.

It’s been 21 years since the spotlight shone so brightly on the LGBTQ+ community because of conversations sparked on television, in 1999’s unfiltered and radical Queer As Folk. Once again, Davies was responsible.

Naturally, it caused a riot among the press. School boy Nathan being rimmed by Lothario Stuart proved too much for prime time television and unsurprisingly the pitch forks came out in full force.

‘Call me old fashioned but I think sex is best carried out in private between two consulting adults of the opposite sex,’ wrote Tony Purcell for The Mirror.

Social media wasn’t even a concept in 1999, so one can only imagine the venom which would have been spouted on Twitter

Regardless, Queer As Folk opened to 3.5million viewers, spawned a US reboot and has largely been hailed as the most transformative and ground-breaking LGBTQ+ series of all time, proving gay narratives are capable of huge commercial success.

Between Queer as Folk and It’s A Sin, finding an LGBTQ+ drama to be held in the same esteem has been hard to come by.

HBO attempted the gay men’s Sex and The City with Looking in 2014, running for two seasons and, for me personally, running out of steam long before it ended. The L Word, which followed a group of high powered lesbian and bisexual women navigating the perils of sex, careers and life, amassed a huge fan base, running for six seasons.

Yet in the 21 years between Queer as Folk and It’s A Sin, the quantity of LGBTQ+ dramas to be given the same chance of success as its straight competition is pitiful. We shouldn’t have to rely on Davies to give us gay stories on mainstream television and we shouldn’t have to wait two decades for it either.

Gay or straight, It’s A Sin has been a gut-punch for millions. Not only have young gay men just been enlightened to their painful history, mourning those who shaped the community we find comfort in today, but straight viewers have been given the education they also deserve into the LGBTQ+ community, its roots, its pain and its glory.

By ignoring gay stories by gay writers for so long, not only has the gay community been deprived of the representation so desperately needed, straight people have been sheltered from learning about the lives of their gay friends or relatives.

If we are starved of watching and reading about ourselves on television, having to dig deep to the archives of the noughties to find truly watchable ‘gay TV’ then god help our straight peers to find the resources to become a better ally.

Think how differently as gay men and women our lives could have been if our straight loved ones knew how important it was to ‘be more Jill’ sooner.

While It’s A Sin is being celebrated as not only the most important – but the best – dramas in recent memory, it proves broadcasters have cruelly underestimated the hunger for televised gay dramas, told by gay people – for everyone.

I hope It’s A Sin marks a new chapter for television. I hope in the next 21 years, I will have watched countless stories of gay men and women on prime time television, found heroes in endless gay characters, and more than anything a ‘gay drama’ will simply be referred to as a drama.

It’s A Sin is available to stream on All 4 now. 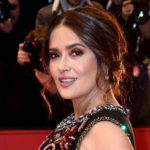 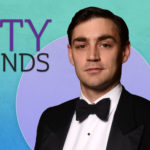