Stranger Things star Sadie Sink has teased the fourth season of Netflix’s hugely popular series will be ‘really dark’ and ‘intense’ as anticipation continues to grow.

The actress, 19, is known for playing Max Mayfield on the hit drama and has been a part of the show since season two.

Filming is underway on the new episodes and Sadie suggested there’ll be a change in mood when the show returns.

It comes after new pictures from the set ahead of season four were released – and it’s not looking good for Eleven.

The upcoming series of the Netflix drama is currently filming, with photos from set teasing an ominous fate for Millie Bobby Brown’s character.

Meanwhile, the cast of Stranger Things got even bigger after four recurring stars were added to season four.

They’ll join the likes of Winona Ryder, David Harbour, Finn Wolfhard and Millie Bobby Brown on the show, which is currently in production in Atlanta.

Plot details are currently under wraps, but recent set photos have also sparked fears of a huge death. The images show cast and crew members gathered at the cemetery, and it could spell bad news for the residents of Hawkins. Black Widow review: An instant Marvel classic and a fitting end for the least likely Avenger 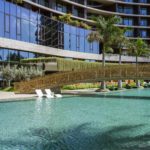