James Corden channelled his inner The Weeknd as he tried to help the star prepare for his Super Bowl halftime performance.

The Save Your Tears singer has been applauded for his stint on Sunday – which has already been given the meme treatment.

Taking to Instagram, James joked that he was taking credit for ‘most’ of it, after a backstage chat.

Sharing a behind-the-scenes clip on Instagram, the Gavin and Stacey actor could be seen interrupting the musician’s rehearsals, rocking a matching red suit and black shirt, complete with familiar bandages over his face.

‘I know what you’re thinking. Don’t worry, you’re not seeing double, it’s just me,’ he told The Weeknd – real name Abel Tesfaye – who was as baffled as the rest of us.

‘It’s me, you know? I’m doing the… the bandages, you know,’ he continued. ‘Like your album campaign… Where you get more and more hurt…’

James began unravelling the bandages, but this didn’t quite help the star as he struggled to recall who the host was.

‘Wait… Wait for it… Hang on…,’ he urged. ‘This are actually more bandages than I thought, sorry… Ta da!’

Unfortunately, even with no dressings on, The Weeknd still had no clue who he was.

Floundering, he responded: ‘James Corden. I’m the host of The Late Late Show… on CBS…’

James added: ’Now he’s got it, now he knows! Listen, CBS heard you were a little worried about the half-time show, so they sent me down to add some star power. Are you ready to do this?’

‘I’m not taking full credit for @theweeknd’s brilliant Super Bowl halftime performance, just most of it,’ he captioned the video.

Will we be blessed with a James Corden halftime show during the next Super Bowl? 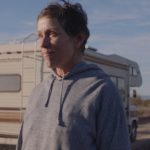