Jennifer Aniston is rocking a new ‘do as she returns to the set of The Morning Show season 2.

The 51-year-old, famed for hair more influential than most world leaders, showed off her new blonde highlights on Instagram yesterday, while filming the Apple TV drama.

Alongside her stylist Chris McMillian, who was masked up, Jen pouted to the camera and wrote alongside the photograph: ‘Aaand, we’re back…’

Among those who were loving the Friends icon’s new look was her co-star Reese Witherspoon, who screamed: ‘YES WE ARE!’

The Morning Show stars Jen and Reese as news anchors Alex Levy (Jen) and Bradley Jackson (Reese) with a complicated relationship following a reshuffling on the programme after a previous host was fired for sexual misconduct.

Jen went on to receive a well-deserved Emmy nomination for the role but lost out to Zendaya.

On top of The Morning Show, Jen is also about to film the long-awaited and overdue Friends Reunion on HBO Max.

The programme was supposed to air in 2020 to launch the streaming service, but coronavirus struck and we don’t need to tell you what happened next.

Thankfully, the monumental TV moment shouldn’t be too far away as Phoebe Buffay star Lisa recently revealed she’s already filmed some special bits for it.

The Morning Show is available to stream on Apple TV. 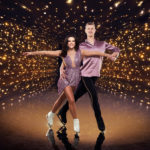 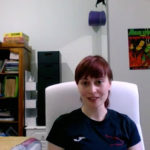