John Barrowman has tipped Olly Alexander to take over from Jodie Whittaker in Doctor Who.

The Years and Years frontman most recently delighted us as Ritchie Tozer in acclaimed drama It’s A Sin, and has been linked to a role in the sci-fi series.

Speaking of the rumours, the Dancing On Ice judge revealed he would love to see the star join the cast.

During an appearance on Lorraine, he told the host: ‘Olly would be amazing. He’s quirky, he’s fun.

‘He’s a lovely actor, and I think he would make a wonderful doctor.

‘It would be fabulous!’

John isn’t the only famous face who is hoping that Olly becomes the new Time Lord, with former showrunner Russell T Davis singing his praises.

‘Olly would make a marvellous Doctor Who,’ the It’s A Sin creator told SFX, before joking that BBC bosses would be ‘banging his down’ down to sign him up.

Can someone make this happen, please?

Jodie joined Doctor Who in 2017, becoming the first woman to land the coveted role.

It was recently reported that she had decided to leave the beloved show, with the hunt on for the next Doctor.

‘It’s all very hush-hush but it is known on set that Jodie is leaving and they are gearing up for a regeneration,’ an insider told the Mirror.

‘Her departure is top secret but at some point over the coming months the arrival of the 14th Doctor will need to be filmed. It’s very exciting.’

The BBC has yet to be drawn on the speculation, but a string of famous faces have already been tipped for a stint in the Tardis.

Michaela Coel, Richard Ayoade, Phoebe Waller-Bridge and John Boyega are just some of those who could be named as the 14th Doctor. 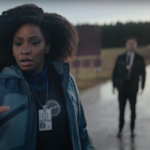 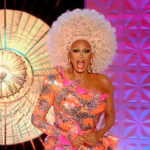