JoJo Siwa revealed she has a girlfriend during an appearance on The Tonight Show Starring Jimmy Fallon.

The 17-year-old star came out as LGBTQ+ last month and told the presenter, in her first TV interview since posting the news, that her partner is ‘the most amazing, wonderful, perfect, most beautiful girlfriend in the whole world.’

While JoJo didn’t divulge their identity, she branded her other half as ‘super encouraging’ in her decision to share her sexuality with the world.

Elsewhere, JoJo said that while coming out for her was risky, she’s ‘so happy’ she did.

‘Even if there are 1million people that don’t accept it, there’s 100million that do and I think that’s something really important,’ JoJo pointed out. ‘100million people is a lot of people and so also keep that in mind.

‘I was just on the phone spontaneous because we’re long distance. I was like, “Ah, I did it,” back to FaceTiming with her.’

‘About 10 minutes before I came out to do this interview today, I was on the phone with my girl and I started crying and she was like, “What’s wrong with you?” and I was like, “I’m just so happy because now I get to share what makes me the happiest with the world and it makes my heart so happy”.’

The singer first sparked speculation that she was coming out by lipsyncing to the lyrics ‘no matter gay, straight or bi’ from Lady Gaga’s Born This Way, and later confirmed the news by wearing a t-shirt reading: ‘Best gay cousin ever.’

JoJo has been supported by a number of celebrities since sharing the news, including Ellen DeGeneres and Paris Hilton. 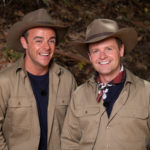 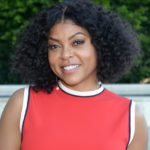 Taraji P. Henson On How Finding The Right Therapist Changed Her Life