Reece has been named the winner of Junior Bake Off 2021 after an intense final that left viewers rooting for all four contestants to win.

For Naima, Cece, Reece and Robbie’s first challenge tonight in the Bake Off tent, the young bakers were tasked with impressing judges Liam Charles and Ravneet Gill with a signature and showstopper bake, the signature replacing the usual technical challenge.

The competitors had to present their version of an afternoon tea for their signature, creating sweet petit entremets alongside savoury pastries.

They had one last chance to prove their culinary skills with their tiered cake showstoppers, with every aspect of the design left entirely in their hands.

After they finished their last bakes in the tent, the contestants were reunited with their families, who had arrived to attend a garden party in celebration of their children’s achievements.

Having revealed to presenter Harry Hill that Reece and Robbie were the frontrunners in the competition, Liam and Ravneet announced that Reece was their chosen winner.

Reece couldn’t believe it as he processed the news, his family cheering in excitement behind him.

‘I’m really chuffed for Reece, he’s done so well and he really deserved it today,’ fellow baker Robbie said, his eyes welling up.

‘It was really tough to decide between these four excellent bakers, but it had to be Reece today because he really wowed us. We were so impressed with that three-tiered cake,’ judge Ravneet explained.

Former Great British Bake Off star Liam added that ‘from the first challenge I knew Reece was incredible’.

‘His flavour combinations, his designs… do you know what? Reece had the whole package. If we have bakers like that in the world, expect great things.’

Reece described winning the show as a ‘dream come true’, having applied twice to appear on Junior Bake Off.

‘I can’t believe I got in to begin with, and to win, it’s just amazing. Absolutely amazing,’ he told the camera.

‘A worthy #juniorbakeoff winner in Reece, and all of us who watched are better for the charm, cooperation, and camaraderie the kids displayed. A simple, joyful thing in grim times,’ one person tweeted.

‘WELL DONE REECE!!! Honestly well deserved. Now I’m off to cry happy tears for all of them,’ another said.

Someone else applauded Reece for being a ‘strong’ competitor ‘all the way through’ the series.

Junior Bake Off is available to watch on All 4. 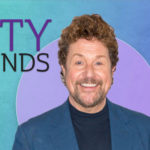 Michael Ball on the return of theatre after the pandemic: ‘If it’s not soon, I don’t know how we can come back from it’ 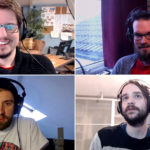 The Longest Johns speak out on #ShantyTok and success of Wellerman: ‘We’ve been living in a permanent state of shock’