A contestant on the 2021 series of Junior Bake Off had to pull herself up by the bootstraps when she made the risky decision to start her pastry from scratch during the showstopper challenge.

On the latest episode of The Great British Bake Off spin-off, the young bakers did their best to impress judges Liam Charles and Ravneet Gill with their pastry-making skills.

To secure a place in finals week, they had to pull off impressive celebration pies, having been tasked with making churros for their technical challenge.

While making her ‘Give em Pumpkin to Talk About’ pie with butternut squash, sage and feta cheese, Naima, from South London, realised that something wasn’t quite right with her pastry.

‘I don’t know if this has gone right, because it’s a bit crumbly. I don’t know if it’s going to roll. I think I need to start again,’ the 10-year-old said to the camera.

As she wiped away her tears, Naima said that while she was ‘a little bit upset’, she was going to ‘keep going’.

Fortunately for Naima, things started to turn around after her second go at the pastry for her pie.

When the time came for Liam and Ravneet to try her bake, they praised the baker on flavours and culinary technique.

‘I think that’s the best pastry I’ve had yet. It is so crispy and the bottom is cooked so well,’ Ravneet told her.

Naima’s gamble to start her pastry all over again definitely paid off!

That wasn’t the only mishap Naima experienced during Pastry Day, as she also mistakenly mixed up salt with sugar while making her churros.

However, it was Henry, 11, who was chosen by Liam and Ravneet to leave the competition, who placed last in the technical challenge.

During yesterday’s Dessert Day episode, Zack came to Maddi’s aid when she was unable to stop her cream from splitting while making whipped cream-topped brownies.

After Maddi, 14, broke down in tears, Zack, 13, watched over her as she tried to whip the cream again, finally managing to do it before time was up.

Zack’s heartwarming gesture ended up being a massive help for Maddi who was awarded top place in the technical.

Junior Bake Off returns on Monday at 5pm on Channel 4. 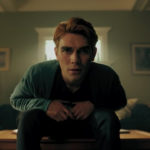 What year is Riverdale set in? 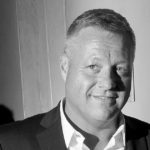