Katie Price and son Harvey will be filming a second documentary, after the success of their BBC special.

The show gave fans a glimpse into the 42-year-old’s life with her eldest son, who is partially blind, has Prader-Willi syndrome, is autistic, and has a series of learning and behavioural difficulties.

The programme has been praised by many, and followed the mum-of-five as she searched for an appropriate residential college for him, after he turned 18.

An insider confirmed that a second episode will see the teenager start the next stage of his life.

‘Katie has agreed to a second instalment, which will follow Harvey’s journey as he starts residential college,’ the source told the Sun.

‘They’re already in talks about what they’ll film and plan to start in summer.’

A rep for Katie told the publication: ‘I can say with confidence there will be a part two of this wonderful documentary. Katie has been inundated with requests for a follow up to cover the next steps in Harvey’s transition.’

Her spokesperson confirmed to Metro.co.uk that a second instalment is on the way.

Harvey has been attending a residential college for some time but the full-time placement will be new territory for the youngster – with the family finding out whether he has been accepted in March.

Ahead of the potential move, Katie has taken a huge step in getting him ready for his next step – and moved him into a three-bedroom home to help his independence.

Speaking in her latest YouTube video, the I’m A Celeb star told viewers: ‘So I’ve got this house for Harvey. Basically it’s a three-bedroom house I got him for all he needs. I’ve been doing it up a little bit for him.

‘I’ve got it for him before he goes to residential to get used to the transition.’

The move has been challenging for the family, as Katie showed that Harvey had already knocked holes into his new walls.

Showing the property, she added: ‘Yes, he’s already made some holes in the walls and stuff, which I keep plastering. I’m trying to keep on top of everything and make it a nice home for him.

‘As you can see there’s bits and that everywhere but next time we will give you a tour of Harvey’s new home.’ 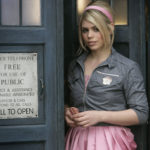