Katie Price remains defiant as she’s told her son Harvey could be ‘forcibly injected with drugs’ and sectioned after meeting another mum with an autistic child during her documentary, Harvey and Me.

The film airs tonight on BBC One, showing Katie exploring Harvey’s options as he flies the nest and goes to a full time residential college.

In the documentary, Katie is warned that Harvey – who lives with from partial blindness, Prader-Willi syndrome, autism and learning and behavioural difficulties – could be sectioned under the Mental Health Act if he’s thought to be a danger to himself or others.

While the mum-of-five remains defiant that will never happen, she meets with Isabelle Garnett whose son Matthew spent 15 months in a mental health inpatient unit.

‘This is bad,’ Katie says. ‘Hearing some stories on people who have been sectioned is awful.

‘I can see they’ve got similarities to what Harv is like. They were scared.’

‘Imagine Harvey being sectioned, being put in a room,’ she adds. ‘He wouldn’t cope. That would finish anyone off, surely.’

Katie remembered watching Isabelle on an episode of This Morning and reached out to hear more.

Isabelle tells Katie: ‘He was drugged and that’s another form of chemical restraint. The guilt I felt that my son was in this place.

‘Even though it wasn’t my fault and I couldn’t control it I just felt such guilt I couldn’t protect him.’

Eventually, a case review found Matthew’s sectioning was predictable and preventable. Now he’s in a residential college playing football and having fun.

Speaking to press, including Metro.co.uk, Katie told us: ‘I couldn’t believe [Isabelle’s] story and [friend] Anna Kennedy told me Harvey could be sectioned if they couldn’t handle him and I said, “That would never happen because I’m so involved.”

‘The good thing about Harvey is he has these trigger points – like a banging door – so you know what is going to trigger him off. But that would be awful for a parent to go through that.

Katie Price: Harvey and Me airs tonight at 8.30pm on BBC One. 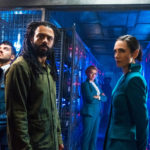 Snowpiercer: What happened at the end of season 1 as season 2 launches on Netflix? 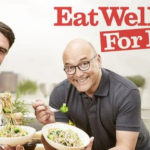