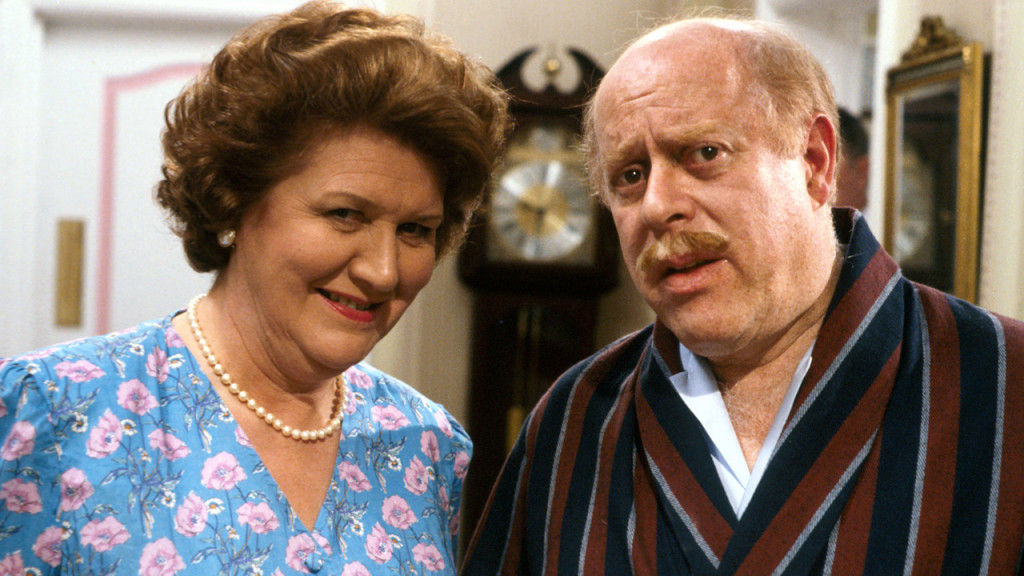 The show ‘contains ­language and ­attitudes of the era that may offend’ (Picture: BBC)

Keeping Up Appearances has reportedly been hit with an offensive language warning by BritBox.

Viewers are being warned by the streaming service that the 90s BBC comedy ‘contains ­language and ­attitudes of the era that may offend’.

As The Daily Star reports, one episode of the show sees couple Hyacinth and Richard stay at their rich sister and brother-in-law’s country cottage.

After meeting a posh local, Hyacinth tells Richard that the man is ‘quent as a £4 note’ – a word short for eloquent.

Another episode sees characters mock a Polish person’s name and question his right to live in the UK.

A spokesman for the channel said: ‘We review and refresh BritBox’s programme catalogue on an ongoing basis.

‘Programming on the service that ­contains potentially sensitive language or attitudes of their era has carried appropriate warnings since our launch in November 2019, to ensure the right guidance is in place for viewers who are choosing to watch on demand.’

BritBox is a joint venture from BBC and ITV, which brings together some of the most popular classic shows from both broadcasters.

It comes after a controversial episode of classic comedy Fawlty Towers aired on the BBC last month after previously being removed from UKTV due to a racist rant, with viewers divided on its return to screens.

Last year the 1975 episode, titled The Germans, was slapped with a content warning after being removed from BBC-owned UKTV and reviewed amid the Black Lives Matter protests, after racist slurs used by Major Gowen were previously taken out in 2013.

Keeping Up Appearances is available to watch on Brit Box When is Love Island returning and where is it being filmed in 2021?