Khloe Kardashian has expressed her desire to have another child in the near future in a new teaser for the upcoming final season of Keeping Up With The Kardashians.

In the clip, Khloe, 36, is sitting outside with her on-again, off-again partner Tristan Thompson, 29, when she begins discussing the prospect of them expanding their family.

The couple share a two-year-old daughter, True Thompson, who was born in April 2018.

Khloe tells Tristan that every time she shares a video of True, her sister Kim Kardashian messages her and tells her, ‘She can’t play by herself her whole life.’

‘In my head when I was going to have kids, I never ever imagined having an only child,’ she says.

‘And especially being in quarantine with her, I felt bad, like she had no friends. She had nobody. And it was ‘cause you know they were isolated even from each other.’

Khloe tells Tristan that now that their child is growing older, she feels that ‘it’s now time to have another kid’, to which the basketball player responds: ‘Yup, that’s what I like to hear.’

In a VT, Khloe explains that she’s already started the process of embarking on pregnancy again, having recently frozen her eggs.

‘I have been thinking about wanting another kid for quite some time now and I already have a head start on that,’ the reality star states.

‘I started the process a couple months ago when I froze my eggs.’

Khloe tells Tristan that they’re going to need to ‘line it up with your schedule’ so that she can ‘make embryos with my frozen eggs’.

He gives his full support for the idea, telling her: ‘Yeah I agree. Oh, I’m all for it.’

The athlete’s son Prince, who he shares with his ex-girlfriend Jordan Craig, was born in December 2016.

‘I think it’s gonna work. You know, I’ve always wanted like four kids, so I have Prince and True. Two down, two more to go,’ he says.

The 20th season of Keeping Up With The Kardashians will be its last, with the first of the final episodes being released by E! next month.

Keeping Up With The Kardashians Final Season 20 airs on E! in the US from March 18 and will be available to stream and download on hayu the next day in the UK. 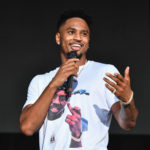 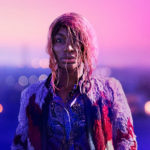