Killing Eve season four has reportedly been put on hold for the foreseeable future due to the coronavirus pandemic.

It was previously believed that filming for the fourth series of Killing Eve, which stars Sandra Oh as agent Eve Polastri and Jodie Comer as ruthless killer Villanelle, had been postponed until June 2021.

However, it may take even longer for filming to get underway, according to a new report.

The Sun claims that the cast and crew working on Killing Eve have been told to wait ‘until there is more certainty about filming safely’.

This is said to have left those working on the show feeling understandably frustrated.

A source reportedly told the publication: ‘It’s frustrating for everyone in the industry now and Jodie will be feeling that too.

‘She’s more killing time than Killing Eve right now, as both the cast and crew of that and Matilda have been told to stand down until there is more certainty about filming safely.’

It was recently reported that No Time To Die actor Lashana Lynch was in talks to join the upcoming film adaptation of Matilda as Miss Honey, a role previously connected with Jodie.

‘It is the last thing Jodie would want after the few years she’s had,’ the source reportedly said.

‘She wants to keep the momentum up but there are more important things in the world right now.’

It was recently announced that Jodie will be starring in a drama penned by His Dark Materials writer Jack Thorne about a care home impacted by the pandemic.

She will act opposite Stephen Graham in the Channel 4 film, which will see Jodie play a care home worker called Sarah.

‘For us to be able to explore such a relevant and emotive story through the eyes of such beautifully real characters, and in our home city of Liverpool, is a real honour,’ Jodie said when the production was announced.

‘We’re determined to do justice to so many of the untold stories and heroes that have been affected as a result of the crisis and to handle them with care.’

Jason Derulo raking in a staggering £50,000 per post on TikTok after Savage Love success 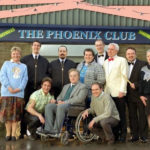