Line of Duty bosses have confirmed that series 6 is on the way, with Adrian Dunbar, Vicky McClure and Martin Compston reprising their roles in the gritty police drama.

BBC recently spilled the beans on the upcoming episodes, blessing us all with the first look at their new Detective Constable, Chloe Bishop – played by Shalom Brune-Franklin.

Not only are we getting a new addition to the AC-12 crew, but writers have been busy with an extended season, bumping it up to seven episodes instead of six.

Ahead of the new series, BBC has decided to take us back to the beginning, airing season 2 tonight – at 9pm.

But when will we get our hands on new episodes?

When is the Line of Duty season 6 release date?

BBC One previously announced that Line of Duty series 6 will air before the end of March.

In a statement shared recently, a spokesperson said: ‘Returning favourites on TV in the period up to the end of March include His Dark Materials, Doctor Who, Line Of Duty and Call The Midwife, alongsideTop Gear, Great British Sewing Bee, The Repair Shop, and RuPaul’s Drag Race UK.’

While they have not shared an official release date, that isn’t too long to wait…

Adrian Dunbar, who stars as the iconic Ted Hastings, also let slip that we will have new episodes in spring.

Appearing on the One Show this week, he told the hosts that the show will return ‘sometime in the next two or three months’.

What will Line of Duty season 6 be about?

Not much is known about the upcoming plot, but episodes will see Hastings, Steve Arnott (Martin Compston) and DI Kate Fleming (Vicky McClure) come up against DCI Joanne Davidson (Kelly Macdonald), the senior investigating officer on an unsolved murder case who finds herself in hot water with the gang.

Judging by previous seasons, something tells us her case won’t be so straightforward…

Adrian refused to be drawn into giving any spoilers, teasing that it will be ‘complicated’.

‘The storylines are complicated… [and] we usually shoot in two blocks [of three episodes], so you can keep all that complicated stuff in your head,’ he confessed.

‘I am dying to see it with everybody else as sometimes it gets a bit confusing but it will all be fixed in the edit as they say.’

Line Of Duty series two starts Saturday at 9pm, and series one to five are available on BBC iPlayer. 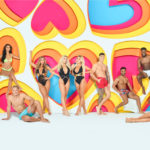 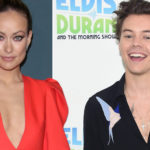