Loose Women star Ruth Langsford has expressed exasperation over the banning of alcohol in parks in Nottingham following the easing of some lockdown restrictions this week.

On Monday, lockdown across England was eased to allow people to socialise in groups of six or within two households in outdoor areas.

The relaxing of the rules resulted in members of the public across the country flocking to parks, many of whom brought some alcoholic beverages with them to enjoy with their friends and family.

Following a brawl in a park in Nottingham, the local police announced that people in the city who bring alcohol to parks could now face fines.

On Wednesday’s edition of Loose Women, the panel – which included Ruth, Brenda Edwards, Denise Welch and Janet Street-Porter – discussed the ban, with Denise saying that she feels ‘sick of banning’ and ‘sick of judging’.

After Denise and Ruth both said how ‘hopeful’ and ‘joyful’ they found it seeing people outside socialising in the sunshine, Ruth revealed how she reacted when she saw the word ‘ban’ in relation to people bringing alcohol out with them. The panel discuss how ‘joyful’ it was to see people out and about (Picture: ITV)

‘I saw the word ban and I was like well give us a break!’ she said.

‘Literally, we’ve been locked up for a year, it’s the first chance we’ve got to meet our friends and I think the majority of people do what they can.’

Ruth added that while some people were practising social distancing, when large groups of people turn up at the same place, it can be ‘quite hard’, ‘even though you’re in your own little group’.

‘It’s like they’re giving with one hand and taking away with another. It’s just ridiculous,’ Brenda remarked, with Denise replying: ‘Exactly.’

‘I suppose all the medical advice is, you know, do it slowly, be careful, let’s not run before we can walk,’ Ruth said.

‘‘Cause we are all toddlers at the end of the day and we need to put our hand up to go to the toilet,’ Janet added. 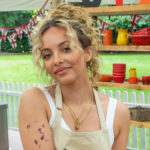 BBC viewers horrified as father shot dead in violent turf war in front of nearby children in The Detectives: Fighting Organised Crime