Stacey Solomon and the Loose Women panel have discussed the shocking lack of education around the body changes women go through during their lives.

The panel were sent a video message by a viewer who thanked them for helping her realise that her symptoms, which included being tearful and finding she had a lack of tolerance, were actually signifiers that she was starting the menopause.

After watching the emotional clip, the panel admitted that women were never taught about what to expect when it comes to the menopause as they only get taught about their body changes when they actually happen.

Guest Katie Piper, 37, explained: ‘I think we are normalising it here today, aren’t we. We take away that embarrassment, its not a dirty word.

‘It’s a really natural thing that if we were all up to speed on it, we would be understanding of it.’ The pregnant Loose Women star admitted she didn’t know enough about periods when she first started hers (Picture: Ken McKay/ITV)

‘I just think, oh my god, show them a dirty pad and say “One day you’re going to wake up and this is going to be in your knickers, be prepared.”’

Bemoaning that lack of education around periods starting and ending, Stacey, 31, admitted that she knew so little about puberty that she was convinced she had ‘pooed herself’ when she first started her period.

She told the panel: ‘When I started my period I thought I’d pooed myself. That’s so bad because I just had no idea what on earth it was. I’d no idea, I did think “What have I done?”’

Nadia Sawalha, 56, concurred, adding: ‘That’s very sad because that is also really scary and nobody should be scared.’ Johnny Vegas might quit TV over fears of being cancelled 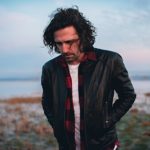