Love Island 2021 fans are some of the most eagle-eyed about, with not much getting past them – and now they’ve even figured out a way to predict which islanders have won in the final.

Millie Court and Liam Reardon ended up landing the £50,000 cash prize after winning fans with their sweet relationship (despite some bumps in the road on the way there).

However, before the result was even announced, fans had an inkling about who was set to win, due to where the couples were stood.

In past years, when it comes down to the final two couples, the winners have historically stood to the right of the screen, on the host’s left hand side.

The one exception is Amber Gill and Greg O’Shea, who could be seen on the left of the screen when former host Caroline Flack announced their win.

However, every other winner from has had the same placement in the final – Max Morley and Jess Hayes, Nathan Massey and Cara De La Hoyde, Kem Cetinay and Amber Davies, Jack Fincham and Dani Dyer, Finley Tapp and Paige Turley, and now Millie and Liam.

The couple beat Chloe Burrows and Toby Aromolaran to win the £50,000 cash prize and become the series seven winners – but they haven’t had the easiest journey to get there.

During Casa Amor, Liam was seen getting close to bombshell Lillie Haynes, even kissing her outside of challenges and sharing a bed with her, however he chose to re-couple with Millie in the main villa.

In a new twist, Lillie and the other dumped Casa Amor girls were invited back to the villa, where she was able to tell Millie what went on.

Despite her being gutted at the time, she later forgave Liam – although Lillie understandably had an unimpressed reaction to the couple’s win.

During their chat with Laura Whitmore, Millie admitted that she was ‘prepared for him to come back with someone else’ from Casa Amor, before finding out that ‘the worst’ had occurred behind her back. 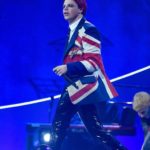