Love Island viewers were left ruffled and uncomfortable by Jake Cornish’s treatment of Liberty Poole on Thursday night’s episode, as she attempted to celebrate with Kaz Kamwi.

Moments before, Kaz and Tyler Cruikshank had become exclusive, with the villa rejoicing and celebrating as they returned from the terrace to the main yard.

However, as other Islanders excitedly piled on the happy couple, Jake and Lib awkwardly stood by the firepit far away from the group, with Faye even asking why Liberty hadn’t come over.

As cameras panned to Liberty and Jake, despite the student saying multiple times she wanted to celebrate with Kaz, Jake held her back, promising her that Kaz would come over to them when she was finished.

‘I just wanted to be there for her when she came down,’ Lib insisted.

With his arm around her shoulders, Jake said: ‘She’ll come over. See, she’s spotted you.’ Jake was accused of being ‘controlling’ (Picture: ITV)

Despite Jake insisting he wanted Liberty and Kaz to have their own moment, viewers branded the move ‘controlling’ on Jake’s end and shared their discomfort.

Former Love Island winner Amber Gill was just as perplexed as the rest of us as she asked on Twitter: ‘Why did Jake drag Liberty away from the fun of celebrating with Kaz

‘What just happened? Did Jake tell Libby not to move?’ one viewer quizzed, as another said: ‘Bit controlling of Jake that! Odd thing to do to make a situation that was between two besties to beabout [sic] him.’

Others wondered whether it was a strategic move to make sure the cameras were only on Jake and Liberty, with one suggesting: ‘Jake trying to manipulate a big moment for the camera of Kaz running down to Liberty.’

why is jake not letting liberty go over to kazâ€¦. #LoveIsland pic.twitter.com/Vh9ZzlqSaY

Anyone else get bad vibes from Jake not letting Liberty go to kaz #LoveIsland pic.twitter.com/r4Qy3eU8T1

I felt uncomfortable for Liberty when Jake wouldnâ€™t let her go and celebrate with Kaz. Who are you Jake. Heâ€™s got some control issues #LoveIsland #FakeJake

That thing Jake did with Liberty congratulating Kaz last night is on my mind…it was so weird and uncomfortable to watch,she has every right to keep questioning it,he’s not genuine #LoveIsland

that scene in love island when jake wouldnâ€™t let liberty go hug kaz makes me feel sick because it was so uncomfortable n awkward?? the man is OBSESSED with getting air time, n then the way he picked kaz up so dramatically so it would be featured on the showðŸ¤¢ #LoveIsland

Also, Jakeâ€™s behaviour last night – stopping Liberty from going over to hug Kaz – was SO strange. I canâ€™t understand why he did that? They looked so odd just stood there by themselves ðŸ˜‚. He needs to go next – his falseness stands out like a sore thumb. #LoveIsland

Ummm, WHY was Jake withholding Liberty from going over to her best mate, Kaz? Thatâ€™s one of the most manipulative things Iâ€™ve seen on this show #LoveIsland pic.twitter.com/vZdcIbY213

The moment kept playing on Lib’s mind as she later confided in Millie Court: ‘It was a bit icky. The person I fell for was Jake from Weston Super Mare that is a water engineer…

She later had a heart-to-heart with Jake and explained: ‘Tonight me wanting to run up and hug Kaz as soon as she come up the stairs was a natural reaction for me.’

Sharing his intentions, he replied: ‘I just thought it would be nice for you to have your own moment.’

Interestingly, Liberty pointed out that Jake has been saying to her privately: ‘Remember we’re on a TV show,’ leading many to assume he’s playing a game.

In tonight’s episode, Liberty continues to question Jake, with her doubts mounting. What does this mean for Jiberty? 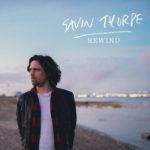