Love Island fans rejoice as all six series of Love Island have just landed on the ITV Hub.

Love Island’s official Twitter account revealed the news on Monday, and, to be honest, it’s what we needed to hear.

‘Every episode. Every series. Every bit of drama,’ the account confirmed.

Responding to the news, one fan tweeted: ‘Finally.’

Another commented: ‘Every single series of Love Island has been put on to ITV Hub..finally something has saved lockdown!’

While one added: ‘Yesssss.’

Up until now, fans have been able to watch some episodes of Love Island on the hub, but they weren’t happy that not all of the episodes were available.

Viewers were however able to watch the reality show on streaming service Britbox, which requires a paid subscription.

Last year, ITV bosses were forced to cancel the summer series due to the coronavirus pandemic.

It has since been reported that producers are going ‘all out’ to ensure its return.

‘Everyone is keen to make this happen,’ an insider said.

‘Strictly and Dancing On Ice have happened against the odds and they’re determined that Love Island can do the same.’

The TV source continued to Daily Star: ‘Producers are aware that international travel will still be restricted, so they are having to plan around that.

‘It is likely they will need to quarantine all contestants.

‘They also think they’ll need to fly over three times as many contestants than normal in case some of them fall ill.’

Love Island is available to watch on the ITV Hub. 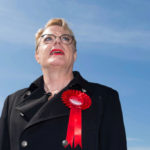 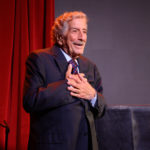