The drama is starting to kick off on Love Island USA as contestant Trina Njoroge made her moves to steal Melvin ‘Cinco’ Holland Jr. from Cashay Proudfoot.

The aim of the game on the CBS reality dating show might be finding love, but viewers were less than impressed with Trina’s decision to break ‘girl code’ and put the moves on Cinco.

Indeed, as the two shared a steamy kiss, it became clear that the duo’s chemistry will be too strong to deny – leaving Cash without a partner.

As Wednesday’s episode saw Cash moved to tears over the realization of what was happening between her friend and the guy she was connecting with, fans were left furious.

Many flocked to Twitter as they shared their rage over Trina’s behavior, and called for producers to bring in a new guy that will have eyes for Cash.

The DISRESPECT Trina and Cinco r showing to Cash is appalling #LoveIslandUSA pic.twitter.com/2i7zNtMEhd

All Iâ€™m saying is… the moment Cinco decides to couple up with Trina is the moment Iâ€™m voting them off. Iâ€™m rooting for everybody black except for them together ðŸ¤£ #LoveIslandUSA

‘Trina gives a whole new meaning to “move like a snake”’, another wrote.

One fan stated: ‘I’m sorry, but Cash deserves way better. Trina is so shady and Cinco is too flip floppy about what he wants.’

Another commented: ‘The DISRESPECT Trina and Cinco r showing to Cash is appalling.’

Cash is a strong girl. Most importantly she knows who she is.

She’ll be fine with or without Cinco. That’s on self worth. #LoveIslandUSA pic.twitter.com/8jpJZxdLnR

Cinco definitely flirts with Trina too tho #LoveIslandUSA pic.twitter.com/HBIQERdTIV

All I’m saying is… the moment Cinco decides to couple up with Trina is the moment I’m voting them off. I’m rooting for everybody black except for them together Rolling on the floor laughing

Other fans took to social media to spread some love for Cash as one wrote: ‘Cash appreciation post since she’s going through it right now. Consistently serving face, bawdy and genuine personality. LOVEEE HER.’

how i was looking at cinco and trina flirt #LoveIslandUSA pic.twitter.com/Tanpy0iLH1

Trina and Cinco be doing more in the dark then in the light. #LoveIslandUSA pic.twitter.com/FWKtgiYNJz

Another commented: ‘Cash is a strong girl. Most importantly she knows who she is. She’ll be fine with or without Cinco. That’s on self worth.’

Elsewhere, fans stuck up for Trina as one pointed out: ‘trina is playing the game like everybody else but y’all wanna bash her.

if trina and cinco wanna be together that bad then go offâ€¦.they will not be leaving with $100,000 but yea go off i guess! #LoveIslandUSA pic.twitter.com/tOuNtRDvXj

AMERICA WEâ€™RE KICKING TRINA AND CINCO OUT THE ISLAND THE FIRST CHANCE WE GET #LoveIslandUSA pic.twitter.com/wDyb20Vc5a

‘I promise y’all they’re all gonna start doing this s**t at some point the whole drive of the show is to stay on and find connections. she apologized yall cant keep holding this s**t against her’.

Another added: ‘yall really trying to send Trina home for playing the game. Last I checked word to ammie this is love island not friend island. She was given an assignment and did it. Just like ammie and everyone else from the show from previous seasons. So…’

Love Island USA streams live on CBS, Paramount+ and on-demand on the CBS app and Paramount+from Tuesdays through Fridays and on Sundays. 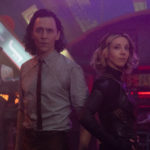 Loki season 2: Questions we need answered after episode 6 finale, from Kang the Conqueror to Sylvie’s fate