Maisie Williams fans have noticed that a scene in her new Sky series Two Weeks To Live mirrors a pivotal Arya Stark moment in Game Of Thrones.

The 23-year-old actress plays Kim Noakes in the six-part drama, a young misfit who lives a remote rural life of seclusion and bizarre survival techniques.

And eagle-eyed fans have spotted how one particular fight scene resembles the landmark moment her Game Of Thrones character Arya killed the Night King in the fantasy show’s eighth and final season.

In the clip, which surfaced on Reddit, Maisie’s Kim attempts to fend off her attacker by swinging a beer bottle at his head as they tackle each other in an intense battle, but he grabs her by the throat to try and overthrow her.

Eventually, Maisie overpowers the assailant and smashes the bottle on his head, prompting him to let go of her and spring away.

Naturally, the combat conjured up some pretty hardcore Game Of Thrones flashbacks, with the Reddit user stating: ‘This scene from Two Weeks to Live starring Maisie Williams is quite familiar.’

There were lots of unanswered questions about how the young warrior managed to take down the biggest baddie in Westeros, but the two-hour documentary The Last Watch provided closure.

Scriptwriter Bryan Cogman excitedly read out the incredible scene to the cast and crew, exclaiming: ‘She [Arya] vaults off a pile of dead Wights, leaps at the Night King and she plunges the dagger through the Night King’s armour and the Night King shatters.’

Game Of Thrones came to an end with Arya’s brother Bran Stark (Issac Hempstead Wright) being chosen as the new ruler of the Seven Kingdoms, with the north remaining independent and his sister Sansa (Sophie Turner) becoming queen in Winterfell.

Two Weeks To Live and Game Of Thrones are both available to stream on Sky and NOW TV. 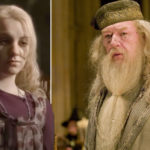 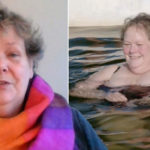