Marcella star Anna Friel has hinted that viewers will learn more about what really happened at the end of season two, when her character purposely scarred her face and was presumed dead.

In the new series of Marcella, returning tonight to ITV, DS Marcella Backland has assumed the identity of a woman called Keira Devlin, her hair chopped short and dyed blonde while working undercover in Northern Ireland.

The last time we saw her, she had sliced open her mouth using a pair of scissors and faked her own death, after knocking her colleague Rav Sangha (Ray Panthaki) unconscious.

While sitting in a tunnel posing as a homeless person, she is approached by Frank Young (Hugo Speer), who asks her if she would be willing to do some undercover work, now that she is believed to be dead.

In the trailer for Marcella season three, the lead character’s facial scar appears to be barely visible, although there are glimpses of Marcella’s face being bandaged.

During an interview on today’s This Morning, Anna told Holly Willoughby and Phillip Schofield that there will be a time in the upcoming episodes when the scar is seen ‘in all its full glory’.

‘You do see the scar. I know because I sat in makeup every single morning for an hour while they applied a prosthetic.’

The Deep Water star teased that answers about what happened to Marcella after the season two finale will be unveiled in due course.

‘There’s a surprise – without ruining the story – further in the series. You will see exactly what happens in the right timing, as soon as she came out of the tunnel and what she did with that scar,’ she said.

‘You’ll get to see it in all its full glory.’

During a recent interview with Metro.co.uk and other press outlets, Anna admitted that she sometimes ‘throws up’ after filming emotional scenes in the crime drama.

‘I tend to let it affect me once it’s a wrap on the whole season because otherwise it can get overwhelming,’ the actor explained.

‘Sometimes I’ve got myself to such a state that I’ve kind of rushed into the trailer and thrown up because the cortisol levels have gone to such a high status and the body is being poisoned by the stress.

‘But you do relive it but because I give everything to her.’

This Morning airs weekdays at 10am on ITV. Marcella returns tonight on ITV. 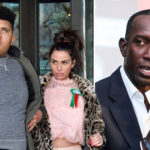 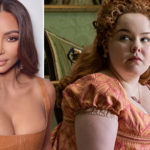