Married At First Sight Australia star Ines Basic has claimed she ‘attempted suicide’ while filming the series in December 2018.

While the sixth season of Married At First Sight Australia originally aired in 2019, it is currently being shown on E4 in the UK, with viewers being introduced to couples including the loved-up Cam Merchant and Jules Robinson.

One of the stars of the programme – where couples are set up by experts and meet each other on their wedding days – is Ines, who had a doomed match with Bronson Norrish and secretly became romantically involved with Sam Ball, who later alleged that their affair was fake.

During a recent interview, Ines opened up about how her mental health was struggling during her time on the show, stating: ‘I attempted suicide during filming so I got PTSD from it. It really f***ed me up. I was like oh my god.’

Speaking to the Daily Mail, Ines said: ‘My friend passed away, my dad left my mum and I had the whole situation with Sam, I really liked this guy and thought we were moving in together and I didn’t hear from him.’

The 30-year-old said that she ‘had to be carried from scene to scene’ because she became ‘so weak’, adding that she was ‘under their care in therapy’.

Ines also acknowledged that she has found it particularly difficult coping with some of the vitriolic comments being made about her by British viewers.

‘It’s not like hate, it is literally really threatening. It is worse than the Australia backlash. It’s really savage,’ she stated.

Ines recently revealed she has spent approximately £25,000 on cosmetic procedures, later expressing her desire to have a nose job.

Speaking to The Sun, she said: ‘I’ve watched UK shows and they all seem to be crazy blonde girls with fake nail and my look is more effortless.’

Married At First Sight Australia returns on Thursday evening at 7.30pm on E4. 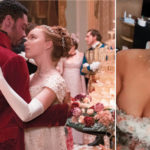 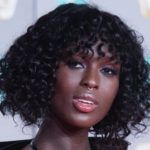 Jodie Turner-Smith fumes over I May Destroy You snub at Golden Globes: ‘Michaela Coel was robbed’