Married At First Sight Australia star Tracey Jewel has revealed she is engaged to her childhood sweetheart.

The reality star, 37, is best known for appearing on MAFS Australia during its fifth season where she tied the knot with Dean Wells as part of the show’s experiment.

While things didn’t exactly workout for her and Dean, thanks to one pretty big cheating scandal, Tracey has now found her happy every after with partner Nathan Constable, who just happens to be her childhood sweetheart.

Tracey confirmed the pair are getting married in an interview with Daily Mail Australia, revealing that she is ‘over the moon’ following Nathan’s proposal.

The star, who is pregnant with the couple’s first child together, said: ‘I’m over the moon. I wasn’t expecting [a proposal] before the baby.’

Tracey explained: ‘We were going to get engaged at some point, but I thought, you know with the bub coming, it would happen later in the year – not before he arrived.’

That didn’t stop her from planting the seed, however, with Tracey admitting she would ‘screenshot rings’ and send them over to Nathan as hints. She joked: ‘He was definitely taking notes.’

Tracey, who also shares daughter Grace, 10, with her ex-husband Jacob, confirmed her second pregnancy in September. She and Nathan are expecting a baby boy.

MAFS fans down under recently saw Tracey reunite with ex Dean in a two-hour all-star special that aired over in Australia.

Fans were surprised to see things were pretty amicable between the pair, given Dean’s betrayal during their season of the show, with Tracey later telling her Instagram followers that she doesn’t like to ‘hold grudges’.

During the experiment, Davina had married Ryan Gallagher, but was caught cheating with Dean, after they embarked on an affair behind their partners’ backs.

They quickly became the villains of their season, with Davina taking a hit from viewers and Tracey repeatedly forgiving Dean, before ultimately dumping him during their final vows.

Following the show, Tracey and Dean have stayed pals and he was one of the first to congratulate her on her pregnancy news – commenting at the time: ‘Woohoo!! So happy for you guys!!’ 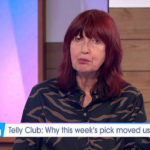 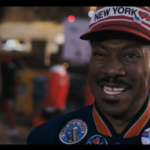