The star took part in season six of the reality dating series – which aired on Nine in Australia in 2019, and is currently playing out on E4 every weeknight.

MAFS sees singletons wed someone they’ve never met, before they’re put through a number of relationship challenges, designed to see whether they last the course.

Sam has found himself in the spotlight once more with his shocking antics airing in the UK.

However, taking to Instagram, the 28-year-old spilled the beans on what actually went down, insisting that nothing was as it seemed.

‘Thank you to all you guys in the UK enjoying the show because I’m about to ruin it for you,’ he began.

Discussing his infamous bond with Ines, Sam let slip that the producers were the people behind this.

‘They pulled me into a dark room, a black room, and asked me to do the Ines thing. They set that up,’ he said. ‘They made Ines DM me on the phone, that was all staged.

‘I throw her on the bed on that date night, not even five seconds later, the producers come in and de-mic you.

Sam confessed that he was ‘asked’ to go along with the story, and wasn’t that fussed about what he looked like, seeing his appearance simply as an acting job.

Spilling even more tea, he recalled the moment he decided to take part on the series, revealing that the producers were the ones who put the couples together, not the experts.

‘They approach them on Instagram, through the street, and ask you to go on the show.

While he was adamant that he applied through the official channels, Sam claimed that Elizabeth Sobinoff – who he was partnered up with – did not.

He also alleged that producers told him to make rude comments about her on their wedding day – when he famously said she was ‘bigger’ than other women he had dated in the past – and that he simply meant ‘taller’.

‘I didn’t want to fat shame her at all. That’s not what my intentions were,’ he explained.

‘They asked me to say it. They were the ones that said, “Sam, she’s a big girl mate, what are you doing?”

Following all the drama from his season, Sam wishes that his experience on our screens was different to what went down.

He added: ‘I wish they set me up with the right person, I wish they gave me what I wanted on paper.

Married At First Sight Australia continues on weeknights, on E4, at 7.30. 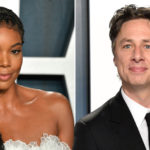 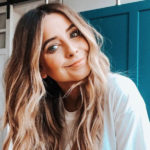