The new series of Married At First Sight UK is just days away from landing on television screens and promises to contain as much explosive drama as the Australian show we all became obsessed with.

The official line-up of 16 singletons was revealed last week and it looks like experts Melanie Schilling, Charlene Douglas, and Paul C. Brunson will have their work cut out.

Among the brides and grooms is the programme’s first-ever gay male couple, who will meet for the first time at the altar.

But when will Married At Frist Sight UK start? We’ve got everything you need to know about the upcoming season right here.

What channel can you watch Married At First Sight UK on and what time does it start?

Married At First Sight UK will air its first episode of the new series on Monday, August 30 at 9pm on E4.

‘Before these strangers walk down the aisle, they get to celebrate their final night of freedom together at the ultimate stag and hen parties – where a surprise is in store,’ teases the synopsis. The 16 singles have been revealed (Picture: Channel 4)

There are a grand total of 21 episodes in this jam-packed season, with each spanning 90-minutes.

Viewers will follow eight couples as they meet for the very first as they make a lifelong commitment to one another at a glamorous ceremony, overseen by a wedding celebrant, that includes guests, bridal gowns, dancing, speeches and cake.

After the ceremony and celebrations are over, true love is well and truly put to the test, as they embark on a luxurious honeymoon, before moving in with each other and their fellow couples.

Relationships will be put under the microscope, by fellow brides and grooms at weekly dinner parties – as well as by the experts, at recurring commitment ceremonies, where couples choose whether they want to stay in or leave the process.

All this and more will build to a dramatic series finale: glossy, high-stakes vow renewals, in which each couple must decide if they will recommit to their partner or go their separate ways.

Married At First Sight UK kicks off on Monday 30th August at 9.30pm on E4. 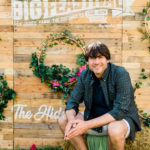