Michael McIntyre’s The Wheel has been recommissioned for a second series and the host is ‘thrilled’ about it.

The quiz show sees contestants answering questions on various topics, as they’re surrounded by a spinning wheel of celebrity experts.

Recent episodes have seen the likes of Chris Kamara help contestants out on football questions, Gemma Collins specialise in Essex, Joel Dommett in heavy metal, and Christopher Biggins in panto.

Michael said: ‘I am thrilled by the success of The Wheel.

‘The series was so much fun to host and I love how the gameplay in every show was so different but always entertaining and suspenseful.

‘And having socially distanced strangers sing The Wheel to me on my daily walk has been the unexpected pleasure of lockdown!’

Kate Phillips, acting controller of BBC One added: ‘The Wheel has quickly made its mark on Saturday nights with the absolutely brilliant Michael McIntyre at the helm.

‘It’s been fantastic to see the show become a Saturday night favourite on BBC One and we can’t wait for another series full of laughs, spins and big wins.’

The quiz show launched late last year, with Michael previously revealing that he came up with the idea in the bath – as you do.

Speaking to Metro.co.uk and other press, the 44-year-old said: ‘I was thinking for a while about the evolution of entertainment television. There’s been so many talent shows. I just thought there hasn’t been any brand new formats for game shows and quiz shows.

‘They’re so well loved and they always do so well when people revive old formats. I thought [of the idea for The Wheel] in the bath literally within moments.’

So far, the show has seen a few big winners, but one came particularly early, racking up £76,000 on the first show.

Here’s hoping plenty more are about to follow in his footsteps.

The Wheel airs Saturdays at 8:30pm on BBC One. 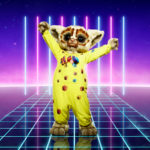 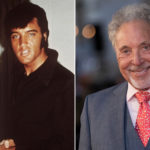