The Trick review: ‘Climategate’ drama is a lukewarm take on dangers…

Mrs Brown’s Boys chat show spin-off could be ‘axed’ in the coming weeks due to coronavirus restrictions.

The future of All Round to Mrs Brown’s is looking uncertain as BBC bosses are allegedly having a difficult time booking guests during the pandemic.

The show was due to air next month. However, as the Daily Star reports, the show is ‘hanging in the balance’ due to difficulties behind the scenes.

‘But making the chat show with different guests every episode is much more difficult to pull off in the current climate.’

They added: ‘If there is a way of getting the show on air, then they’ll make it happen.’

The BBC will reportedly have six hours of screen time to make up for if the spin-off is cut.

Mrs Brown’s Boys has already been hit by the pandemic. Star Brendan O’Carroll previously said he used his own savings to pay cast members after the show’s tour was axed.

The 65-year-old gave the cast ‘half the money they’d make off the tour’ after it was cancelled due to Covid-19 last year.

Brendan also recently confirmed that the show will be continuing until 2026.

‘It’s incredible that the BBC have nailed down such a special slot for Mrs Brown,’ the actor explained after it was renewed. ‘We’ve been doing it for nine years already — which is six more than the Royle Family had and more than Morecambe and Wise.’

Meanwhile, the BBC has been forced to address viewer complaints after Mrs Brown’s Boys was dropped from the TV schedule earlier this month. 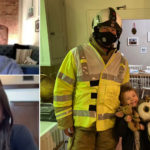 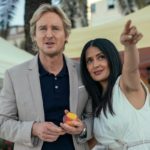 Only Connect fans totally stumped by outrageously hard opening question: ‘Are you...

Netflix goes down as viewers unable to access streaming platform: ‘This is...