The eerie first trailer for Netflix’s new series Crime Scene: The Vanishing at the Cecil Hotel has been revealed, and it’s shaping up to be our next true crime obsession.

The new four-part documentary season takes a look at the mysteries of Cecil Hotel in Downtown Los Angeles, which has been the setting for a series of macabre events over the years.

Dubbed ‘Hotel Death’, the location is described in the clip as a place where serial killers ‘let their hair down’, and one which is known to many as LA’s deadliest hotel.

The most chilling event inside the hotel came in 2013, when college student Elisa Lam vanished during her stay.

The case became one of the most-discussed on the internet, and now it’s being examined in more detail.

The trailer takes a look at Elisa’s case, analysing the last footage of her acting erratically in the hotel’s elevator. The footage shows her moving her hands around strangely, looking like she could have been ‘conjuring a spirit’.

The trailer adds: ‘It makes people wonder, is there something evil going on here?’

The show is directed by Joe Berlinger, who previously worked on Conversations With a Killer: The Ted Bundy Tapes and Paradise Lost.

It’s the latest true crime documentary to arrive on the streaming platform after Night Stalker, which focused on the crimes of Richard Ramirez.

Crime Scene: The Vanishing at the Cecil Hotel arrives on Netflix on February 10 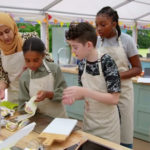