Newswatch’s return has faced even further delays after it was pulled from broadcast during the BBC’s review of Covid-safe working conditions.

The station is currently assessing the working conditions in its London headquarters which has subsequently pushed Newswatch off the schedule.

As it stands, it appears there is no fixed date for its return.

The programme’s official Twitter page confirmed the news today, in a post which read: ‘The return of #NewswatchBBC to your screens has been delayed a little longer as the BBC reduces the number of people in its buildings during lockdown.

‘We’ll be back as soon as we can. Meanwhile do continue to send your feedback about BBC News and current affairs. Keep safe!’

Presenter Samira Ahmed also confirmed the news, sharing the tweet on her own page.

Initially, the BBC announced Newswatch would be off-air for a fortnight.

On January 8, Ahmed tweeted: ‘I am very sorry to report that @newswatchbbc has been taken off air this wk & next while BBC News management review the Covid 19 safe working situation in New Broadcasting House.

‘Editor John Neal and I very much pressing to return as soon as possible.’

A BBC spokesperson added: ‘At the beginning of the Covid-19 crisis, BBC News streamlined services to ensure it was keeping news on air with reduced staff numbers.

‘With the current lockdown and increased precautions we have simplified some output and delayed the return of some programming – we plan to bring these back to air as soon possible.

‘We have rigorous protocols in place to manage Covid-19 and the safety of our staff is paramount.’ 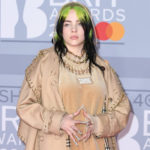 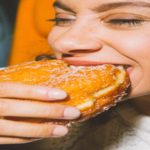 How To Avoid Diet Culture & Learn To Eat Intuitively