Outer Banks fans will be glad to hear season two of the show is definitely heading to Netflix later this year.

The hit Netflix series won fans across the globe when it launched last year, and the show’s star Chase Stokes (John B) confirmed the second season isn’t too far away.

Speaking on the Chicks in the Office podcast, the actor stated: ‘It will be coming in 2021. I don’t have a date yet but it’s coming.’

Opening up about production wrapping for the series, he added: ‘We’re coming to an end of [filming] for season two. It’s been a crazy ride. This season is just a crazy story.

The heart-stopping finale of the first season sees John B and Sarah (Madlyn Cline) had set off for the Bahamas.

Time will tell what happens next, but we are so down for the ride. 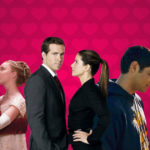 From Daphne and the Duke to Lara Jean and Peter: Which couple has the best fake relationship turned real love story of all time? 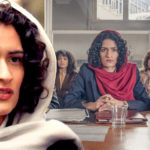