The director of It’s A Sin has spoken out against the negative reaction to the drama’s sex scenes, after the Channel 4 show was branded ‘shocking’ and ‘raunchy’.

Peter Hoare said he was ‘outraged’ by the coverage of the show, which tells the story of young adults living in London as they navigate the HIV and Aids epidemic that hit the city between 1981 and 1991.

As reported by Pink News, The Sun has since changed the headline and shared a message of support for the drama.

Talking to Digital Spy about the importance of the show’s sex scenes, Peter said: ‘I’m not going to worry about how people feel about it because this is our sex, and this is the way it is.

‘And how can you show the story of men having a life they loved and dying from it if you don’t show that sex?’

The director went on to speak about the significance of specific scenes, saying: ‘We have to see [the characters Ritchie and Ash] looking at each other.

‘It feels like a lot of gay sex had been doggy-style or whatever, which felt less personal. I made sure that wasn’t the case.’

Elsewhere, It’s A Sin star Callum Scott Howells recently spoke about his experiences behind the scenes on the show, revealing the hardest scene to film.

It’s a Sin is available to watch now on All 4. 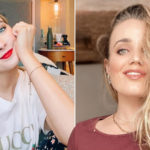 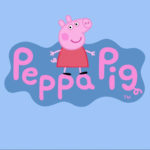