The beloved sitcom, which ran for two series, followed the life of a fictional Bolton Working Men’s Club and the people that made it so special.

Peter led the cast as Brian Potter, the wheeler-dealing wheelchair-bound manager of the Phoenix, as well as Max, one of the bouncers.

Paddy appeared as Max’s doorman partner-in-crime, and the show indisputably launched his career to where it is today.

Remembering the show, Paddy shared a group shot of the cast, including Dave Spikey, Neil Fitzmaurice, Steve Edge, and both of Peter’s characters outside the beloved club.

He wrote on Instagram: ‘20 years ago! So many great memories, some I can share, some I daren’t! All in all we had a proper good time, I mean a PROPER GOOD TIME!!!’

Phoenix Nights launched on Channel 4 on January 14, 2001, with the concept being created as part of That Peter Kay Thing, a sketch show created by the same writing team.

The one-off sketch proved to be a hit with fans, and in itself spawned another spin-off for Paddy and Peter’s bouncers, titled Max and Paddy’s Big Adventure.

Phoenix Nights won five awards across its two-year run, including Peoples’ Choice at the British Comedy Awards in 2002.

In 2006, Peter said in an interview that a third series had been written, but it never materialised, with all the cast moving on to other things.

Paddy is now a prominent TV presenter, hosting shows including Take Me Out, Top Gear, and most recently, Catchpoint.

But in 2015, there was a brief reunion, with the cast performing together one last time at the MEN arena.

Phoenix Nights is currently unavailable on any major streaming platform. 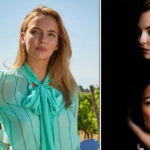 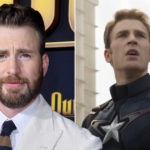