Paris Hilton knows The Simple Life is a reality TV classic and it turns out she enjoys watching her work back just as much as the rest of us.

As the whole world tunes in to more television than ever amid the ongoing pandemic, the 39-year-old has been taking a trip down memory lane with her boyfriend Carter Reum.

Speaking to co-host Hunter March in her new podcast, This Is Paris, the DJ explained: ‘During this year, I’ve literally never watched so much TV in my life. I love Schitt’s Creek, The Simple Life, Westworld.’

She continued: ‘It’s just so much fun to watch with my boyfriend because he’s not like the reality type; he’s like a businessman, an intellectual and has never watched reality television in his life, so to watch the simple life with him is just so entertaining; to just to relive it and see him laughing..

‘I don’t know it’s just so much fun to watch someone else watching me back then.’

As for what her boyfriend thinks about her and Nicole Richie’s on the show, Paris added: ‘He’s always saying ‘I know you so well, so I can tell you’re such a genius comedic actress because I know that you’re acting and you know exactly what’s happening.

However, some of it is a big embarrassing for the star to relive as she continued: ‘Sometimes, I’m like, “What the hell was I wearing?”

‘In the first season, I was always hooking up with this one guy and I’m like, “Honey, I swear I didn’t really like him. It was just for TV.” It’s embarrassing to see me do stuff like that.’

Paris has partnered with iHeartRadio for her new podcast, which begins on February 22 and promises to reveal more fun snippets about her life.

Small segments will air throughout the week, with a longer episode being released once a week.

It will be a mix of personal content and interviews with family, friends, and other celebrities so fingers crossed we get a Simple Life reunion in one of the episodes. 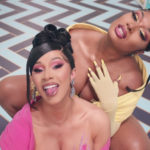 Cardi B and Megan Thee Stallion’s WAP is ‘most popular song to have sex to’, study finds 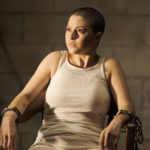