It looks like filming for Peaky Blinders series 6 has officially resumed with a hair and make-up artist appearing to confirm the exciting news with a telltale haircut.

The acclaimed drama was originally shut down last March due to the coronavirus pandemic, however, it seems like the show has got the go-ahead with Cillian Murphy getting a trim in preparation to step back into playing his formidable character Tommy Shelby.

Loz Schiavo, who is the programme’s award-winning hair and make-up artist, shared a picture of the actor’s chopped off locks in a post on Instagram which has since been deleted.

It’s not yet been revealed when the upcoming new series of Peaky Blinders will be released.

Finn Cole, who plays Michael Gray in the show, previously hinted that the forthcoming season could arrive by the end of the year.

Speaking to NME, he said: ‘I’m hoping that we can go back to work next year and that we can have things ready for you by the end of the year.

‘I can’t wait to get back to work and for the fans to see it because they’ve been waiting so patiently for so long now; it’s about time we gave them something.’

In December, it was teased that production would resume in early 2021 when the talent agency LB Casting Ltd released an advert looking for actors to appear in a ‘very well-known BBC period drama’.

The agency also hinted at the identity of the show, ‘by order of LB Casting’ – a reference to the line ‘by order of the Peaky Blinders’, which is often quoted in the series. 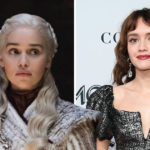 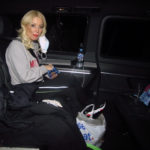