Peppa Pig is making her way to the US for the first time in a new special on Nickelodeon.

The popular cartoon character and her family will be heading to Hollywood in the four-part episode series set to air on March 5.

It all begins when Peppa’s family wins a chance to star in a Hollywood blockbuster, bringing their British accents to the States and setting out on a cross-country road trip filled with plenty of sightseeing.

Once they finally make it to Hollywood, Peppa, Mummy, Daddy, and brother George then get ready to star opposite Super Potato in a movie titled Vegetables in Space.

The four episodes are titled ‘America, The Diner, Canyon Country, and Hollywood’ so it’s not hard to guess what to expect.

In a spoof movie trailer for Vegetables in Space, Peppa and the gang are seen rocking broccoli costumes for their roles.

The group helped Super Potato and Hash Brown as they battle against space carrots overtaking the moon, as you do.

The exciting new special comes after the Peppa Pig Twitter account appeared to have offered a collaboration to Lady Gaga when asking to borrow her golden microphone.

This was in reference to Lady Gaga’s appearance at the inauguration of Joe Biden.

The pop star sang the US national anthem during the ceremony, belting it into a golden microphone.

Seems like it was just a fun way to prepare fans for the fact Peppa is set to take Hollywood by storm.

The Peppa Pig event airs on Nickelodeon on March 5, 8am EST. 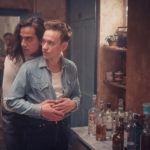 ‘Outraged’ It’s A Sin director defends sex scenes after bleak reaction: ‘This is our sex, and this is the way it is’ 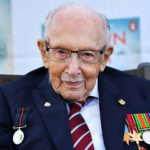